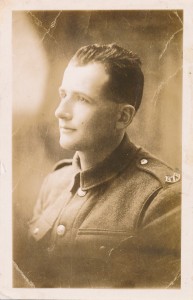 Charles Kerr started his career as a wheelwright in Dunedin New Zealand . He built coaches, wooden caravans, woody cars, traps and carriages. He was an accomplished furniture builder and built Sulkies for the New Zealand horse racing industry till the day he passed in 1976 at the age of 85yrs. Father of 11 children.
• Military service 1917-1919. World war one, France
• Wheelwright and coachbuilder.
• Owner and Proprietor of “Kerr Sulkies and Joggers”
• Artesian builder of hickory sulkies.
• Furniture Builder. 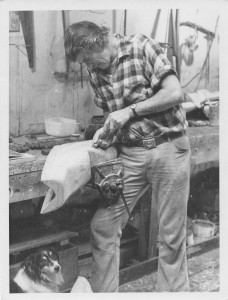 Phil Kerr was the owner and proprietor of Southern Shipwrights in Bluff New Zealand where he built and repaired commercial fishing vessels and the odd yacht if they dared to venture that far south. He was an artist and enjoyed spending his time crafting traditional native New Zealand carvings. Father of 5 sons.
• Apprenticed cabinetmaker, Dunedin, New Zealand.
• Owner and proprietor of “Southern Shipwrights”.
• Accomplished artist and wood carver. 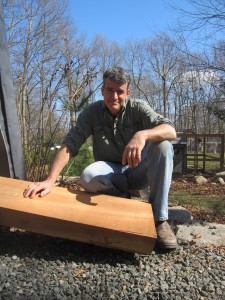 An accomplished furniture designer, cabinetmaker, shipwright and carver James was born in Bluff New Zealand where he grew up around his father’s Company, Southern Shipwrights which built and maintained boats up to 85 feet in length. James came to the United States in 1976 and finished his carpentry/shipwright apprenticeship at Chester A. Crosby and Sons in Osterville, MA; the renowned builder of the famous Wianno senior sailboats.

In 1988 James opened his own company (Pacific Shipwrights) in Portsmouth, Rhode Island where he and his crew built custom yachts and provided yacht restoration services to discerning clients. In 1995 the company was acquired by the Ted Hood Company of Portsmouth, RI as a direct result of the working relationship that had developed between the two organizations over the years. James assumed the role of Head Shipwright and Carpentry Supervisor and continued to refit and restore private yachts and their interiors in vessels up to 145 feet resulting in significant growth in revenues for the Company.

The Ted Hood Company was acquired by The Hinckley Company, the pre-eminent luxury boat brand in the United States, in 2000. Under new management, James was ultimately promoted to General Manager of the Company’s largest service facility based in Portsmouth, RI, overseeing million dollar custom refits to such venerable yachts as the 105’ Whitehawk, 130’ J-class Endeavour and a full structural and interior refit to the 1927 classic Ketch “Oddyssee”.

In 2011, James decided to return to his entrepreneurial roots and established Kerr and Sons Custom Furniture. The father of three sons, James relishes the ability to work with them and instill in them the skills and talent that he was so fortunate to have acquired from his own father and grandfather. At Kerr and Sons, James is able to couple his artistic and creative skills with his unparalleled wood crafting skills in an effort to make each customers project a true and original work of art.

In addition to his role as owner-operator of Kerr and Sons Custom Furniture, James is a member of the Board of Advisors at the International Yacht Restoration School in Newport, RI.

James, an amateur Entomologist and Lepidopterist, has also taken extensive course work at the prestigious Rhode Island School of Design in Bronze Casting, Stone and Woodcarving. 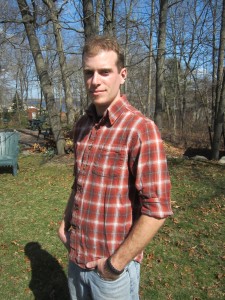 Philip Kerr the second of his name, the eldest son of James is a classical and Medieval Historian possessing a strong interest and love of classical styles and joinery. As well as his talents in woodworking and design Phil also brings to the table his organizational skills and manages the marketing, website and the networking side of the business.

Shaun Kerr is the youngest family member in the business and represents four generations of Artesian craftsmen. He is a shipwright and furniture builder. A talented artist currently working in steel with his work shown in galleries across Cape Cod. He teaches Bikram yoga in Brewster Cape Cod.